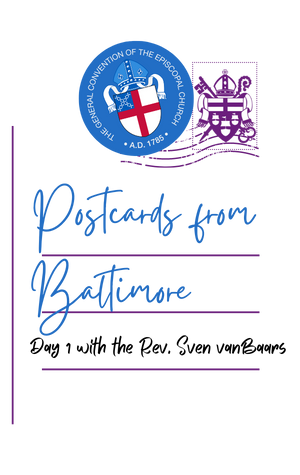 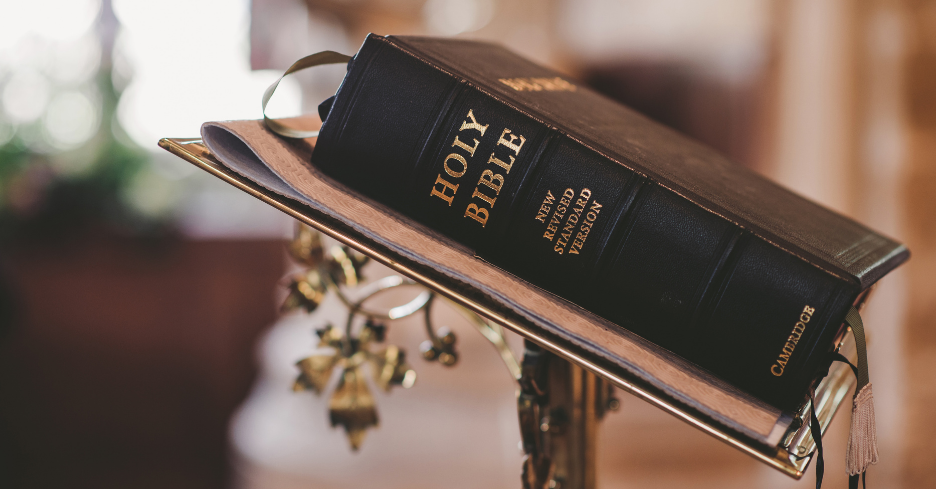 In my conversations with visitors and new members of our church, I often hear them comment about how much scripture we read in our worship. It should be no surprise then to any of us that when the church gathers in General Convention, we are required to have scripture prominently displayed. President Gay Jennings chose a passage from Colossians as our guiding passage for this convention.

We are gathered in Baltimore to do the work of the church, but that work is first and always grounded In the abiding Word of God. We will hear reports, pass legislation, elect individuals to office, but always within the context of our call to proclaim Christ.

General Convention began this morning with the words "the house will gather for worship" -- and with that, we begin. 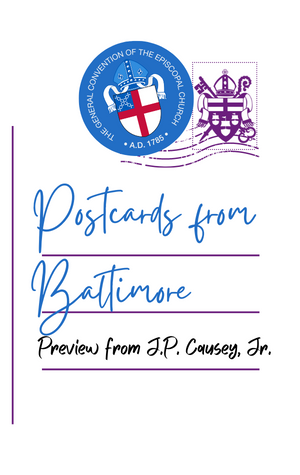 Today I, nine other deputies and first alternates, and our bishops head to Baltimore for the 80th General Convention of The Episcopal Church. General Convention usually meets every three years, but last year's Convention did not take place due to COVID and this year's Convention is a mini version of four days (instead of the usual eight or nine, or more), with limited attendance (minimal visitors, no exhibitors), no seminary dinners and a limited legislative agenda. Legislative Committee open hearings and committee meetings, which are where a lot of the real work at Convention takes place, have all been substantially completed by Zoom meetings, so the relationships I found so helpful in the past sitting next to fellow deputies and bishops in committee meetings have not happened. Having attended several General Conventions, the 80th will definitely be different and I will miss the informal conversations and discussions, just as we have all missed personal contact during the COVID period.

BUT, we have business to do and we will do it, although a lot of the legislation will be referred to the 81st General Convention in 2024 in Louisville, Kentucky  We will elect new leadership for the House of Deputies, adopt a budget, amend the Constitution and Canons and adopt resolutions. Most of our meetings will be livestreamed and I encourage you to watch us, and pray for us as we do our work.

Deputies can be contacted by email at  generalconvention@thediocese.net  The deputies welcome your comments.

Activity at General Convention may be followed on the Episcopal News Service.  A wealth of information about convention is available at www.generalconvention.org.